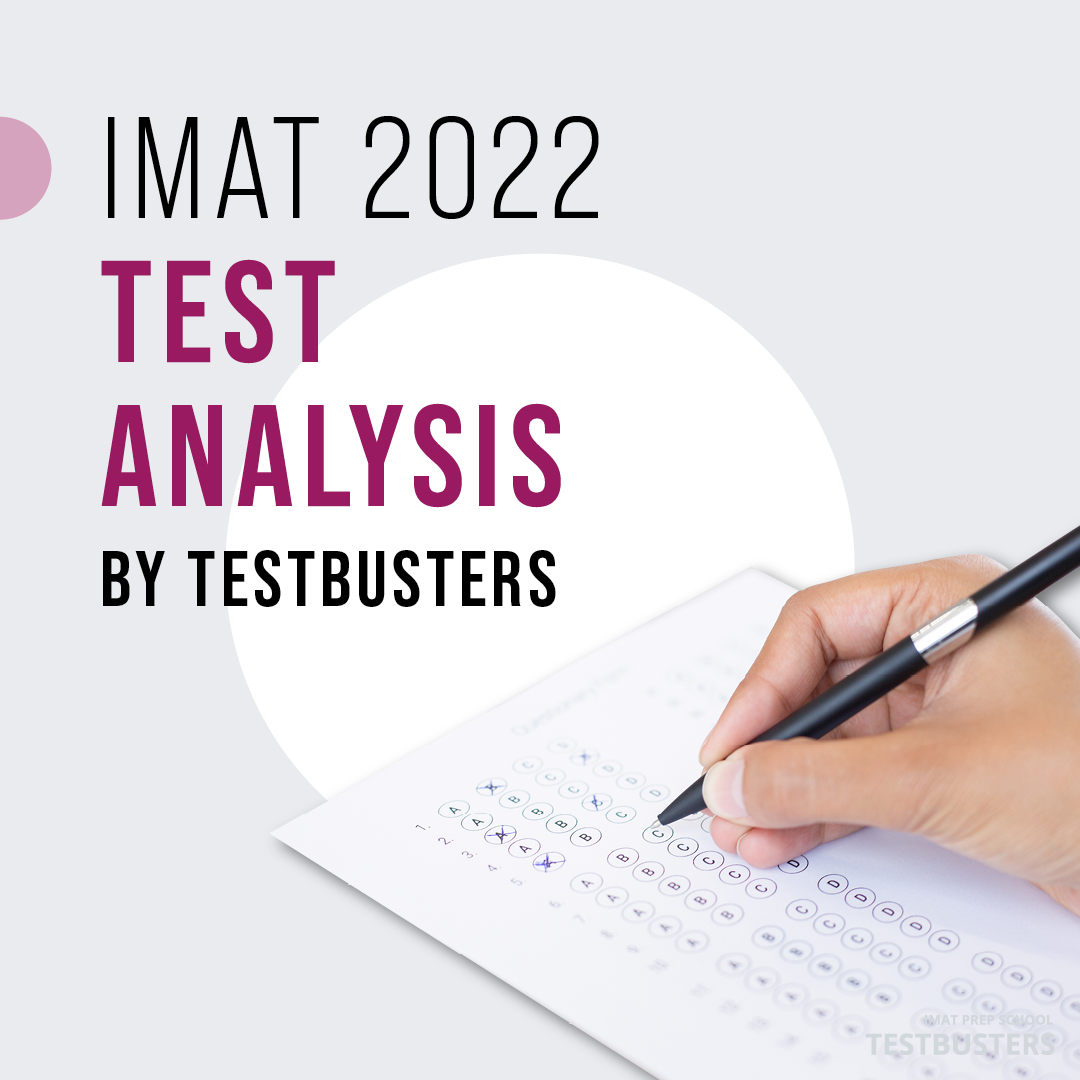 On 13th September 2022, 12.226 people from around the world sat for the International Medical Admission Test (more commonly known as IMAT)  to study Medicine and Dentistry in English. Thanks to the opening of one new University for Medicine in Ancona and one for Dentistry in Rome, the total number of places this year has increased from 834 to 1.121.

Candidates began their test around noon, in the city of their first choice for those in Italy and chosen centres for abroad applicants, and went through the usual process: 100 minutes, 60 multiple-choice questions with 5 possible answers, to be solved in pen and paper mode.

The redistribution of questions was very different from previous years’ IMAT exams: there was a consistent increase in the Chemistry and Mathematics and Physics sections (15 and 10 questions, respectively), at the expense of the other subjects: Logical Reasoning and General Knowledge, which had 10 questions each, and Biology,  which decreased from 18 to 15.

What did we think about the overall test?

In general, we consider this test slightly harder compared to last year. This was mainly due to the increased difficulty in Chemistry, Math, and Physics, which many contestants found hard to handle. Moreover, due to the high amount of reasoning that many questions required, managing time correctly was a real challenge for many. So, in such a test, it was necessary to recognise the least “time-consuming” exercises and start with those in order to deal with it best.

The Critical thinking section was more accessible than its Problem Solving counterpart; only two questions were more demanding than usual in the latter, while the others were manageable.

Notably, we believe Critical thinking maintained a level very similar to, if not easier than, the 2021 test. All questions belonged to the seven categories of Critical Thinking texts: we had a vast prevalence of the category ‘same logical reasoning’, which is becoming increasingly popular, and the absence of ‘weakens/strengthens’ and ‘totally supported’ text types, which, by contrast, were quite frequent in past tests. Lastly, the length of the texts was also helpful: they were all relatively short and understandable, namely question 4, which only had two sentences.

On the other hand, the Problem Solving section was slightly more complex, mainly due to the significant difference in difficulty among the various exercises. Out of all, two questions were tough to tackle: number 10, which was part of the “visual reasoning”, required a very long (and most importantly, complicated) graphical method, and number 7, which could only be solved empirically and, as a result, took a long time.

Other than those, the rest was pretty straightforward: we still had the presence of “relevant selection” exercises and “finding procedures” ones, like question 6.

Overall, this section appeared to be much more complicated. Only a few questions were relatively easy, such as those on the European Commission and types of dances.

Finally, it’s becoming more and more common to see questions not in line with high school syllabi and much less straightforward; the immediate questions that used to be familiar to these types of tests have been gone for a while now.

Usually considered one of the hardest subjects, Biology seemed very similar to the previous years. This is proved by the constant presence of genetics, challenging at first glance but mostly doable, and the high amount of anatomy and physiology questions, the most popular topic among all and where we also found the most complex questions (number 33 and 34), which were highly specific.

Cambridge-type questions are always prevalent, as well as those with images; the only big difference compared to 2021 is the increase in cytology, central dogma of biology and photosynthesis questions, at the expense of immunology and histology.

Altogether, we think this section required a certain amount of reasoning, which in our opinion, was not simple and time-costly.

Chemistry looked, on average, far more difficult than usual. We encountered only a couple of notion-based questions on the easier spectrum, but for sure, there were also some surprises, namely the concept of the common ion in question 43, seen for the first time in IMAT. Even the more common topics, such as organic chemistry or stoichiometry, were more complicated than in previous years and, since the 15 questions touched basically everything within the syllabus, caused some concerns among candidates. Therefore, we can conclude that this section was not to be underestimated.

Last but not least, a subject that students tend to love or hate; this year, Math and Physics not only had an increase in the number of questions but also in difficulty for sure.

In particular, the hardest one to handle was Physics, which had unusual questions requiring deep theoretical knowledge – for example, number 58 dealing with Lenz’s Law for solenoids.

Math, on the contrary, despite being simpler, required a massive amount of calculations, which could have slowed candidates down.

In conclusion, this was not the ideal final subject to tackle in the end: it required a lot of time and both theoretical and practical skills, which can be complicated to handle with little to no time left.

On 27th September 2022, Universitaly published the anonymous results divided by the single Universities where the test was held. On our website, you will find an ordered anonymous ranking list that we put together to resemble best the official one that will be released on the 14th of October.

We would like to point out that our forecasts apply exclusively to the ranking for EU and non-EU candidates living in Italy; for the non-EU ones living abroad, there are separate ranking lists given by the single Universities. The following is the breakdown of all available seats for the academic year 2022/2023:

Quick note: for those who sat IMAT in Italy, the city where the exam was held corresponds to the first choice of all candidates. However, without knowing the preferences of each applicant, it’s impossible to give any information on the minimum scores for the single Institutes.

We will be able to give you more detailed information after the release of the final ranking on the 14th of October; we would also like to precise that there might be a slight variation of the minimum score that we have calculated, but relying on data from the past years, we consider the actual information to be already remarkably indicative. After that date, we will keep you posted by updating the new tables weekly and publishing any news.

Relying on the anonymous ranking, we predict the minimum scores at the first assignment, on October 14th, to be around 46.6 points (position 760-790).

I scored below the minimum: do I still have a chance to get in?

As mentioned, our predictions don’t stop on October 14th, but continue to move forward in the various months as the rankings scroll.

Therefore, if your score is less than the minimum for now, try not to worry too much: in the following weeks, the IMAT ranking list scrolls quite a lot, so keep hoping and don’t give up!

What is to be expected by the end of the scrollings?

If you are above this position and are unsure what to do, you will be able to ask for a free one-to-one counseling through our dedicated desk. Here our team (also known as Team Arrosticini) will try to analyze your situation.

The IMAT desk will open on October 14th, for personalized counseling.

Where can you find all of our in-depth and extended analyses?

Here you will find our anonymous analysis and rankings for IMAT 2022. 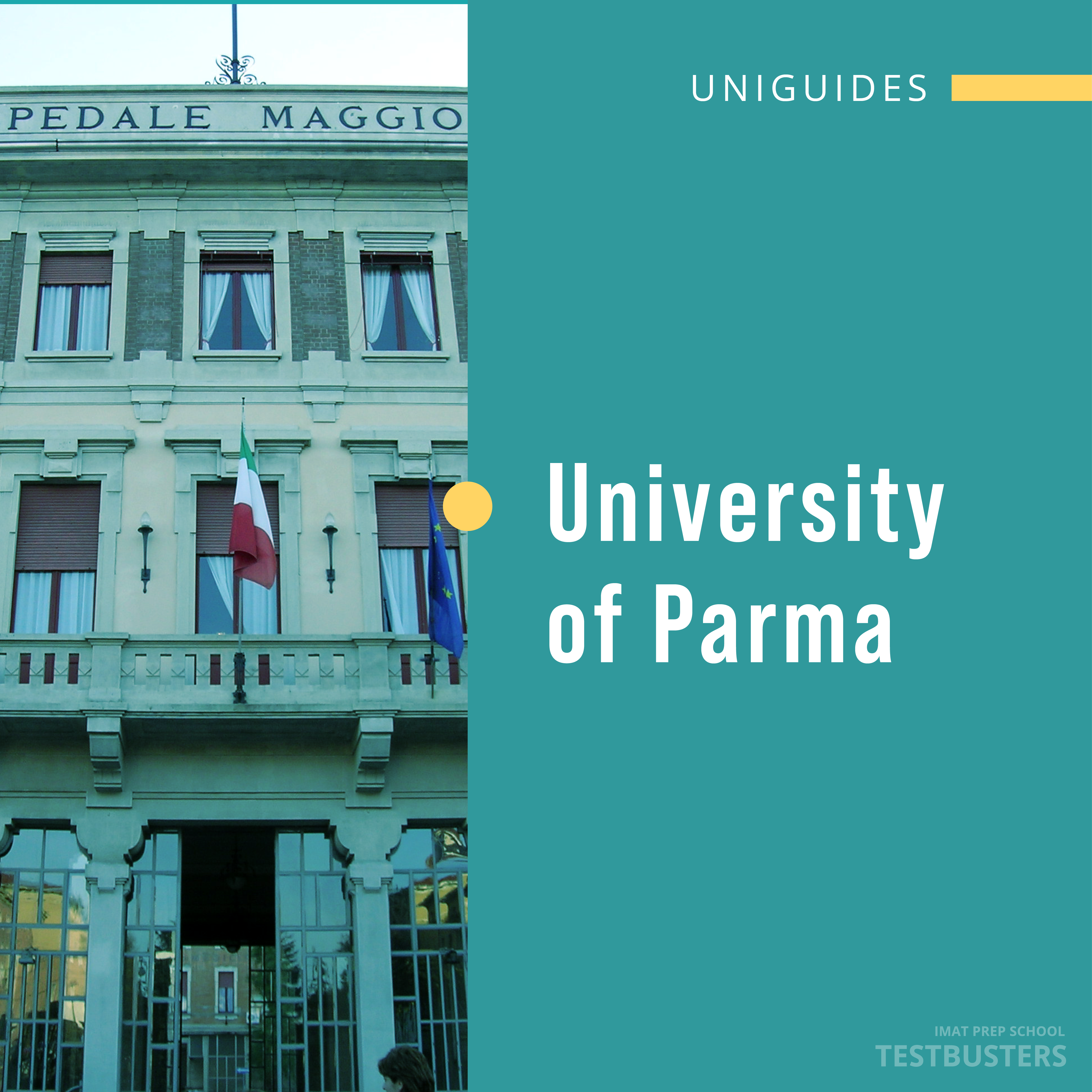 Medical School of the University of Parma 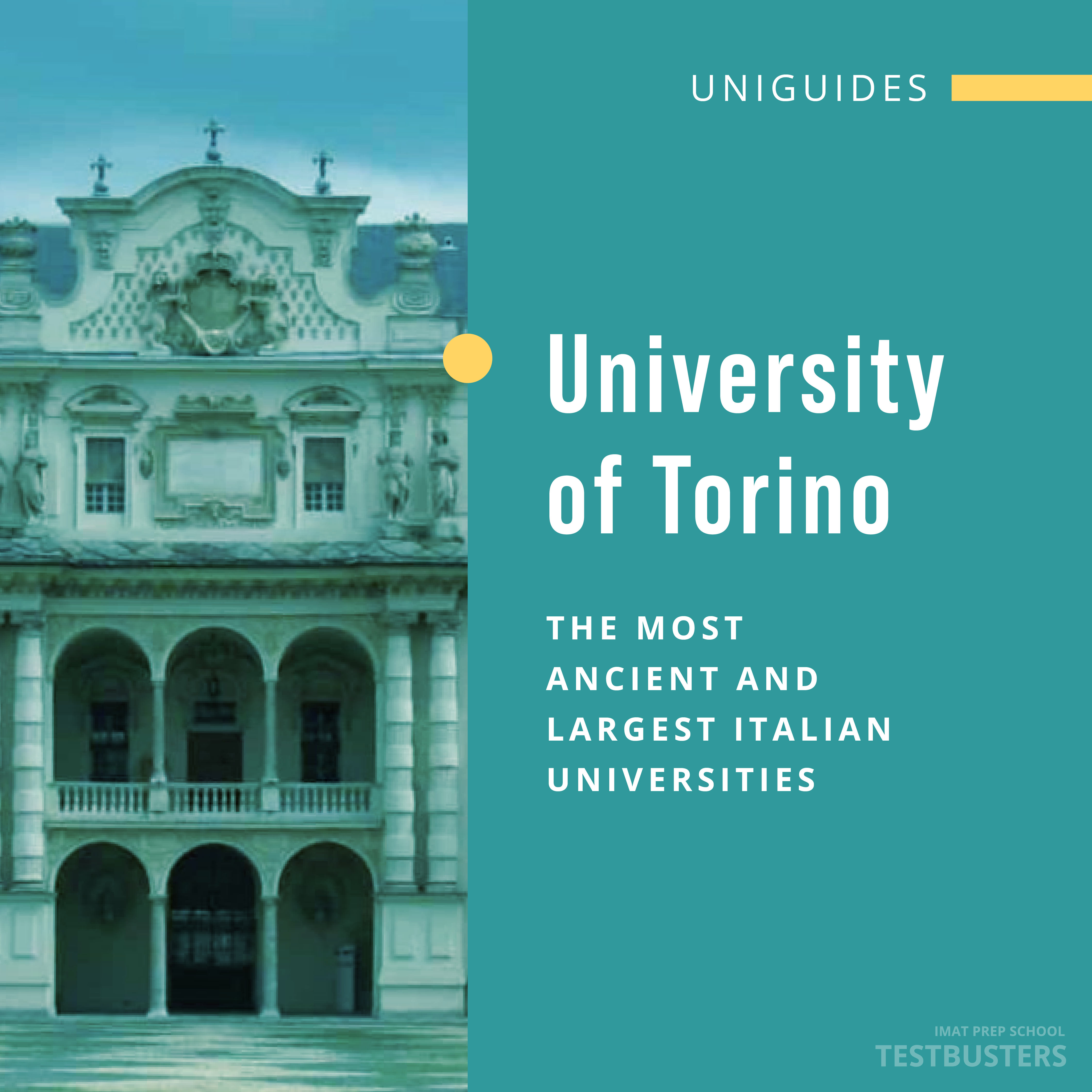 Uniguide The University of Turin

The new offer for the preparation of IMAT 2023 is now available! Dismiss